This event, which coincided with NSW Foster & Kinship Care Week (September 8-14), was the final in a series of nationwide forums, workshops and conference presentations arranged for Dr Peake as part of a ‘shared learning’ visit to Australia, generously funded by a grant from the Creswick Foundation. The full-day program was divided into two sessions covering the following key topics: Supporting Relative/Kinship Carers; Policy and Practice Opportunities.

The day opened with a Welcome to Country by Uncle Allan Murray of the Metropolitan Local Aboriginal Land Council, who reminded us to reflect on particular significance of ‘kinship’ within the Aboriginal community and to hold that in our minds as the day progressed.

The morning session opened with a presentation by Dr Peake, who spoke about the work done by Grandparents Plus to support its registered network of 5,500 kinship carers through a free national advice service, free family events, partner offers and training, as well as one-to-one support and peer support group development delivered through their Someone Like Me and Kinship Connected programs. Dr Peake’s presentation revealed disturbing figures about the number of children living in kinship care arrangements in the UK (153,000, or one in 74), and the level of disadvantage they experience, with 76 per cent growing up in households considered to be deprived. As well as practical support, Grandparents Plus provides a much-needed voice for change on behalf of kinship carers, with many reporting that the very act of joining up makes them feel less isolated.

This session also featured presentations from Barnardos, Samaritans and My Forever Family, that showcased some of the supports that are currently in place in NSW for both statutory and informal kinship carers. We were fortunate to also have Grandparent carers in the room who, as active advocates for informal kinship carers, were able to talk about the level of crisis being experienced by many, the fear of having children removed if they ask for help, and the deep ‘well of unmet need’. Discussion in the room, and with the panel, was unanimous in identifying the need to find out more about Australia’s informal kinship carers, including how many there are and where they sit in terms of key social and emotional wellbeing indicators.

The afternoon session, which focussed on Policy and Practice Opportunities, opened with a powerful presentation by Dr Paul Gray, Executive Leader of Strategy, Policy & Engagement with AbSec, about the importance of kinship systems to an Aboriginal child’s sense of self. To emphasise his point, Dr Gray quoted outgoing Victorian Aboriginal Commissioner, Andrew Jackomos, who said, “Culture is not a perk, it’s a lifeline”. During his presentation, Dr Gray also stressed the need for permanency to preserve kinship, citing the damage that can be caused when narrow definitions of permanency and kinship are imposed on Aboriginal children. He closed with a highly personal and moving account of his feelings upon seeing his daughter’s kindergarten self-portrait, a drawing rich with pride in her cultural identity, and how critical it is that we work together to ensure that this will one day be the experience of every Aboriginal child.

Dr Meredith Kiraly, Honorary Research Fellow at the University of Melbourne, was also on hand to outline the key issues faced by kinship carers in Australia, which include financial hardship, high levels of physical and mental health issues, difficulties with parental contact and myriad unmet support needs. Dr Kiraly, who is one of the pre-eminent Australian authorities on kinship care in Australia, also spoke about related systemic challenges, such as the lack of accurate data and the lack of policy underpinning Commonwealth benefits for informal kinship carers, as well as the view in a statutory setting that kinship care is cheaper and families can manage ‘like a normal family’.

The final session of the day, which focussed on future opportunities, explored some of the learnings we might be able to draw from the UK experience to pursue a sustained and effective local advocacy campaign.

The information presented during this forum, and discussions that followed, clearly demonstrate the need for greater recognition of all children in kinship care by the Commonwealth, States and Territories, as well as well-defined and considered policy regarding the way they are supported. This includes equity of support across the country for children in foster care and kinship care. To achieve this, accurate data is needed. For this reason, it is heartening to know that the next Australian census will include a question about kinship care.

One of the great achievements of Grandparents Plus has been its awareness-raising work, including the introduction in the UK of a dedicated Kinship Care Week in the first week of October. Australia has taken tentative steps in this direction, with Victoria holding its own Kinship Carers Week, and both NSW and Tasmania moving to Foster and Kinship Care Weeks. The overriding aim, however, must be for a national approach.

ACWA is keen to take up the baton here, and Dr Peake’s tour of Australia has proved to be a galvanising rally call to Kinship Care peaks and support organisations around the country to continue working together in making kinship care a national issue. In fact, the Sydney Forum ended with an even greater goal, inspired by Dr Peake and her wonderful work: “Let’s go Global!”

Are you with us?

Read the Grandparents Plus State of the Nation Survey Report 2019 here. 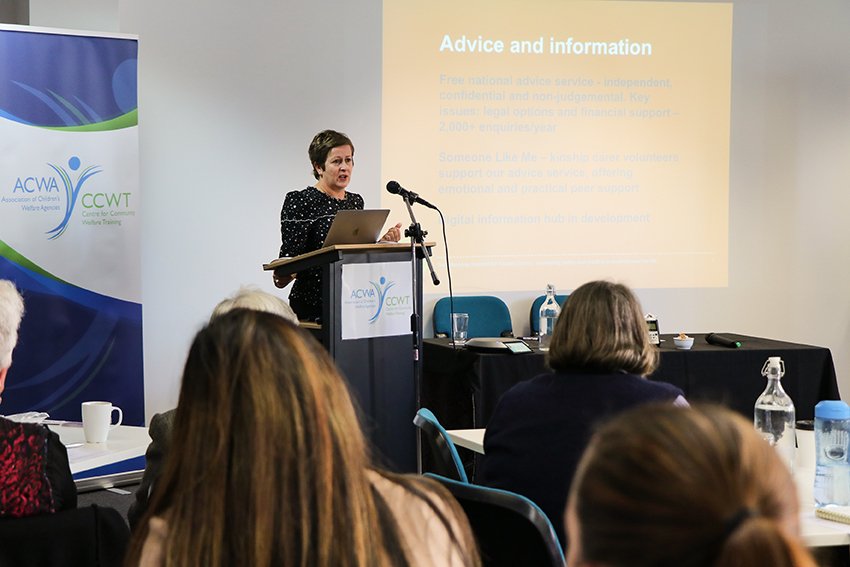 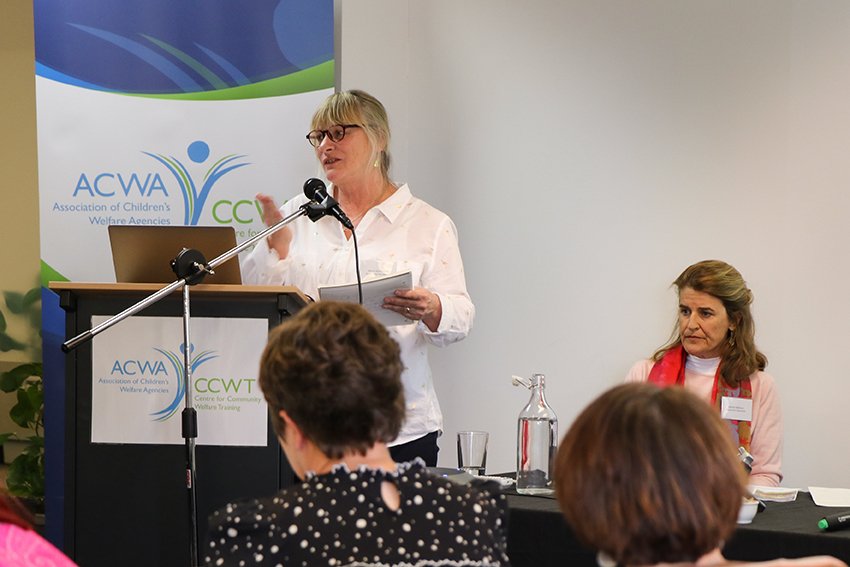 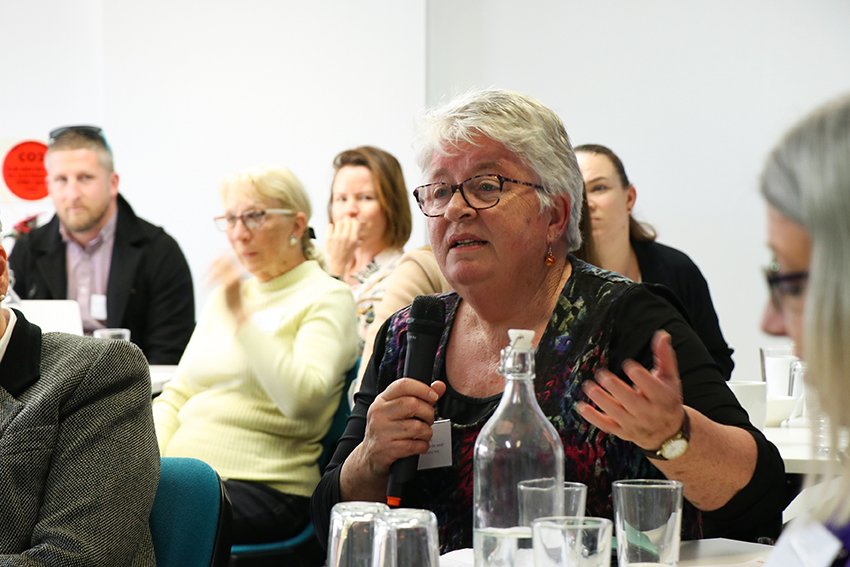 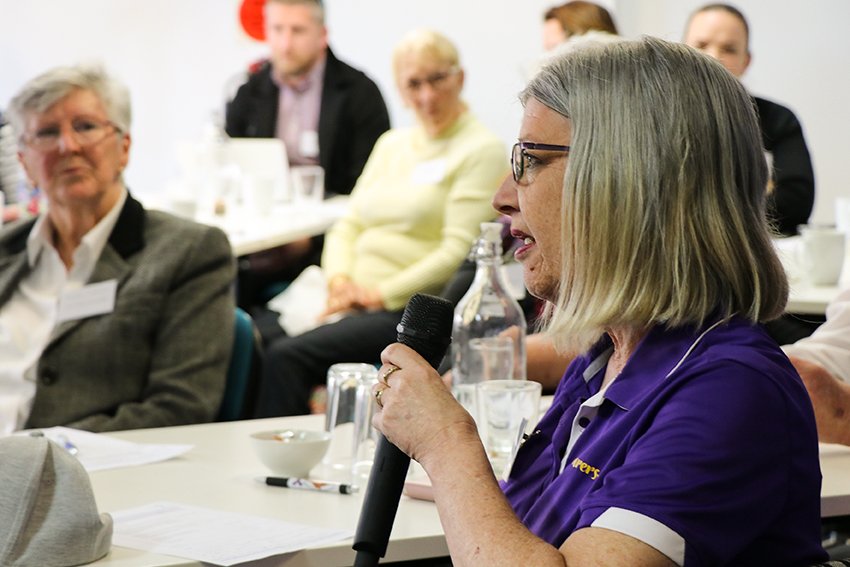 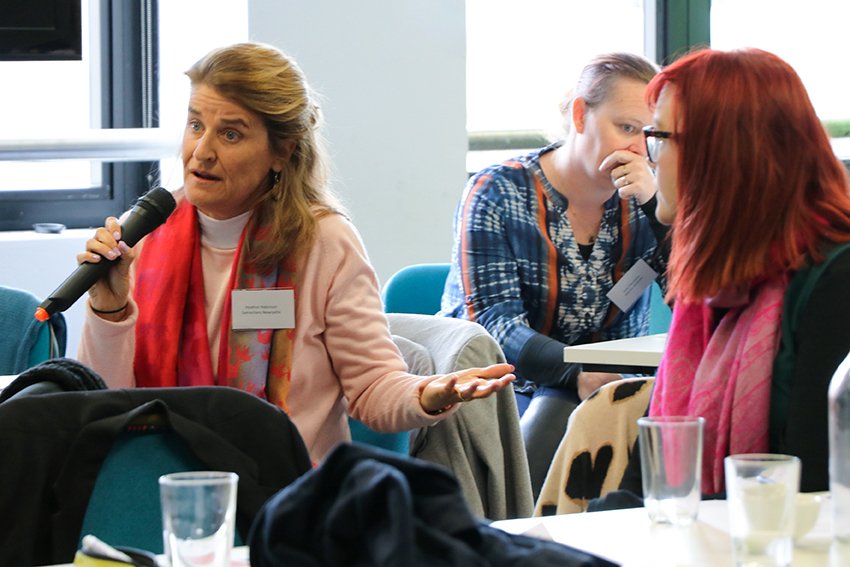 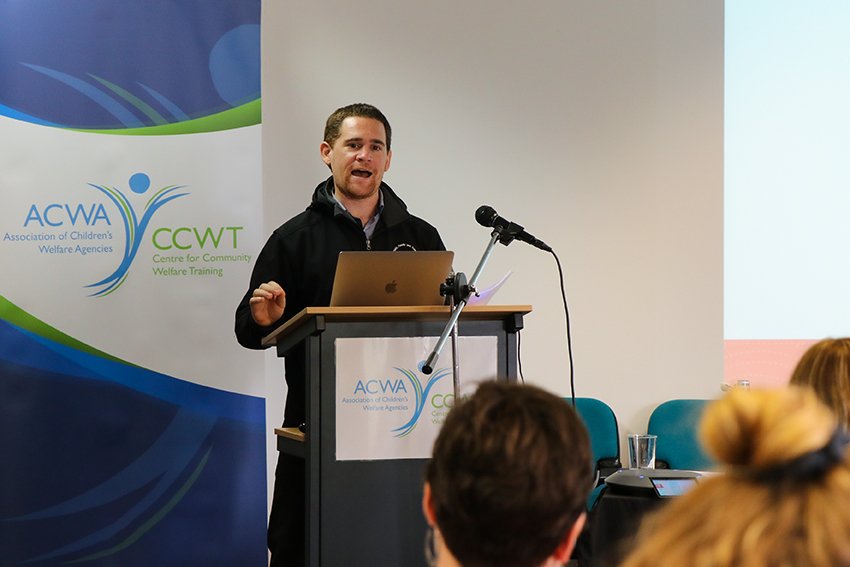 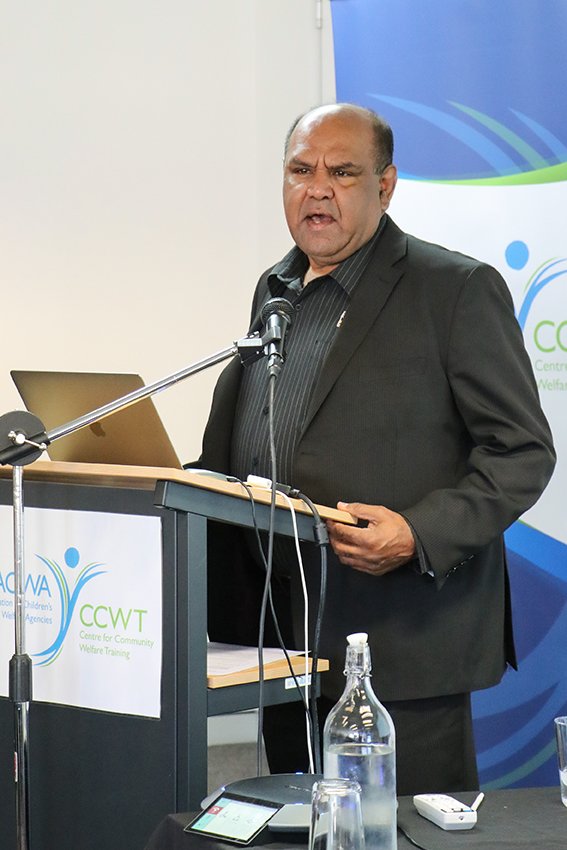