ACWA's 2022 AGM, held on Thursday 27th October 10am–12pm, attracted record participation with 40 people joining us at our new office space in Sussex Street, Sydney, and over 180 tuning in online.

The event opened with a rousing Welcome to Country by Uncle Allen Madden, who reminded us once again of the critical importance of maintaining connection to family, community, culture and country.

We were pleased to have one of our Board Directors, Dr Lisa Grifiths (OzChild CEO), chair the meeting in the absence of ACWA Board Chairperson, Nigel Lindsay (Wesley Mission). We were also fortunate to have a number of eminent guests join us at the AGM this year.

First to speak was Ms Kate Washington MP, Shadow Minister for Family & Community Services and for Disability Inclusion, who demonstrated a keen understanding of the challenges faced by the NGO sector, particularly in the wake of the pandemic. Ms Washington spoke about witnessing the increased struggles of her Port Stephens constituents and outlined the Opposition’s vision for a greater focus on the wellbeing of those in the community who are most vulnerable, with particular attention to those in Aboriginal and CALD communities.

Our next speaker was Judge Nell Skinner, President of the Children’s Court of NSW, who gave a short presentation on a new Court Practice Direction that has been worked up with ACWA and is due to be released to the sector in the new year. This initiative is welcomed by NGO providers, highlighting as it does, the importance of involving NGOs in court proceedings to ensure that the Court receives the best evidence and that NGOs also receive critical information.

Finally, we were privileged to have The Hon. Natasha Maclaren-Jones MLC, Minister for Families, Communities and Disability Services, address the meeting and respond to a few questions from the assembled membership. The Minister reflected on a number of sector challenges and successes, highlighting targeted work underway to reduce the number of children in Alternative Care Arrangements (ACAs), the injection of $12 million of new funding into the Permanency Support Program (PSP) and significant investment into the transition of Aboriginal children and young people into the care of Aboriginal Community-Controlled Organisations (ACCOs), as wins for the sector. She also noted the bipartisan support for the recent passing of the Family is Culture (FIC) Bill in the Upper House and reiterated the Government’s commitment to delivering on the recommendations of the FIC Review.

The highlight of the event was an unplanned address by a CREATE young consultant, Riki, who spoke powerfully about his leaving care experience. All in the room, including the Minister, were visibly affected by Riki’s story, which not only served as a clarion call to the Government to once again consider extending care to 21 for those young people who wish to remain with their carers, but also emphasised the critical importance of keeping children and young people at the heart of our work and thinking.

Of course, there was AGM business to conduct, most importantly the confirmatory vote to endorse the result of the online Company Director ballot. Following a majority vote in favour of accepting the ballot result, we are pleased to announce that we are welcoming Mr Nigel Lindsay back onto the ACWA Board for another term.

We extend huge thanks to all of our guests for taking time out of their very busy schedules to join us for the AGM, which some attendees pronounced to be 'the best AGM they'd been to'. We believe that the high level of engagement conveyed a strong message that the NGO sector is robust, engaged, and ready to work collaboratively with government to deliver the best possible outcomes for vulnerable children and families.

Finally, we are grateful to all our members and critical partners for your enduring support of ACWA and for the work you do every day to improve the lives of children, young people and families. 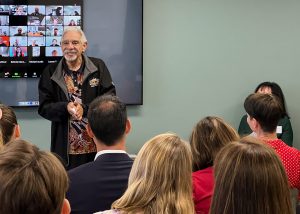 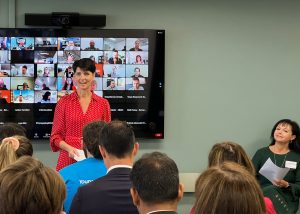 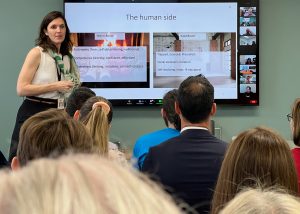 Judge Nell Skinner (President of the Children’s Court of NSW) 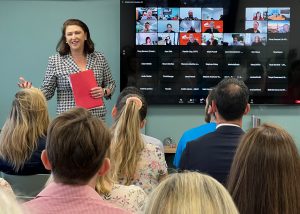 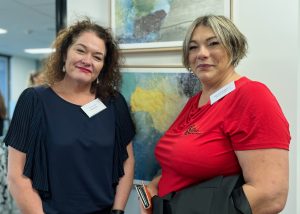 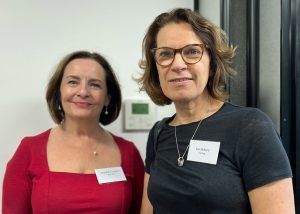 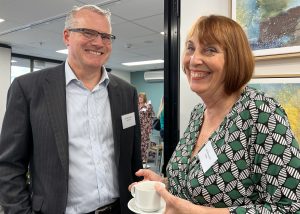 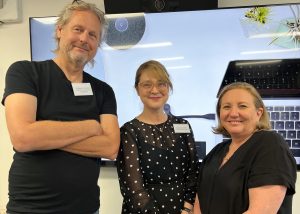 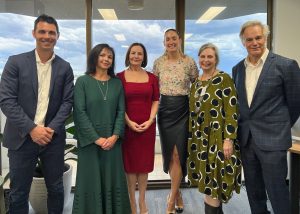